This Saturday marks six months on the road, six months away from home.
Six months of solitary questing my own little trail of discovery of the world and myself.

Last episode I spent some time expressing some difficulties I’ve faced and so now, ever in the pursuit of balance, here’s my top five highlights of Central America and Mexico.

“Are you going to Ometepe?”
“I don’t know. Maybe. Should I?"
“It’s amazing! You should definitely go..."
“Cool”
“You can take this back to my friend who’s working there at El Zopilote Hostel”
And with that he went back into the dorm and grabbed a dress from his bunk.
I remembered his friend - she’d slept in the bottom bunk of his bed. I accepted the mission and was on my way the next day. 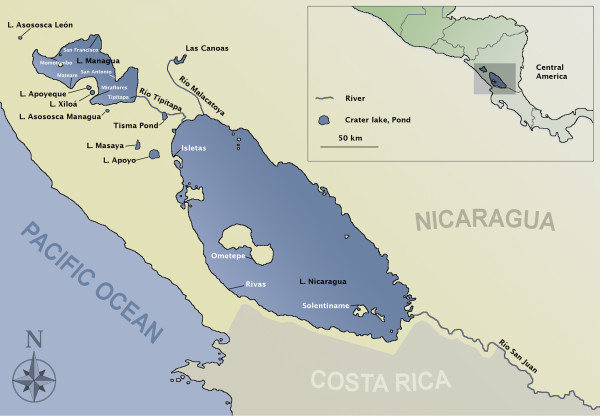 Ometepe is an island formed by two volcanoes that rose out of Lake Nicaragua (one of the largest lakes in the Americas as you can see...even has its own sharks!)

Ferries depart throughout the day from the shoreside town of Rivas. For getting around on the island there’s a reliable yet slow bus system, taxis and the option to hire mopeds and bicycles...I even did a little hitchhiking.

El Zopilote Hostel was a great place to start - one of the major social hubs of the island - free yoga, healthy food, sustainability projects - all in an idyllic rainforest setting. I made some great friends there including a lady very happy to have her dress back!

The factory come cafe/shop was also a hostel in the making with several hammocks slung up for rent at $5 per night. Here I passed a very happy week of chocolate flavoured relaxation…with mornings gazing out into the lake’s starkly flat horizon...and starlit nights of warm water wading in the shadow of moonlit volcanoes. 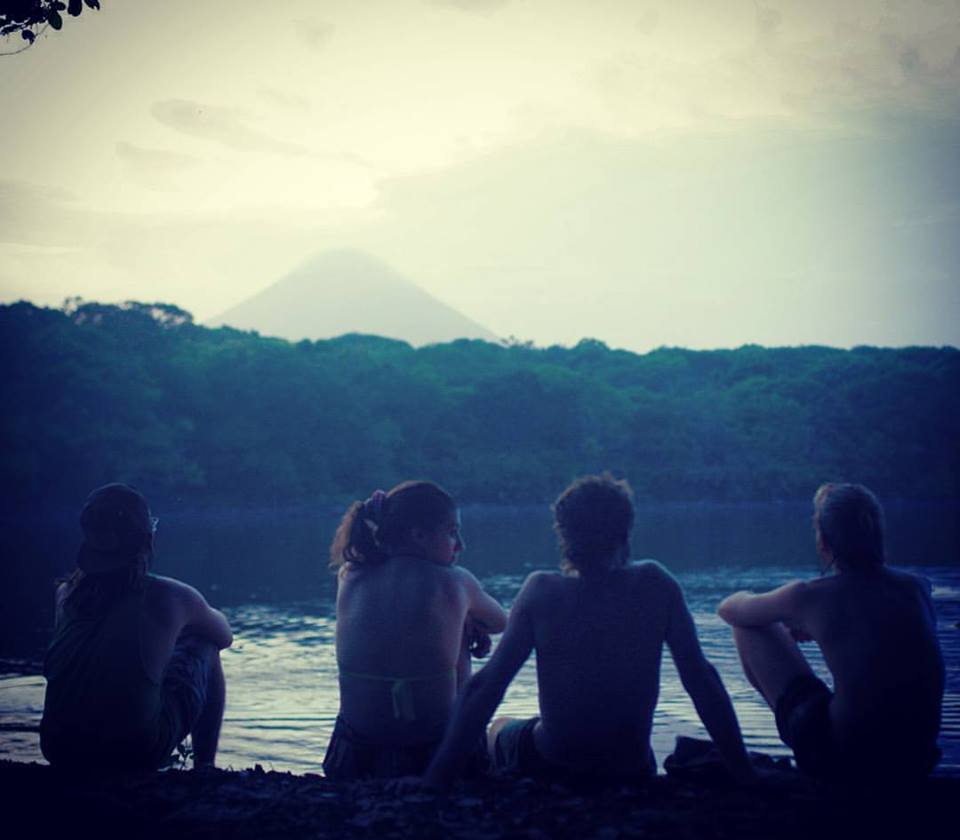 There’s an array of strikingly different and interesting neighbourhoods to discover...I enjoyed several days hopping on and off the metro system- generally exploring and enjoying the infinite selection of street food available on every other corner...late into the night. 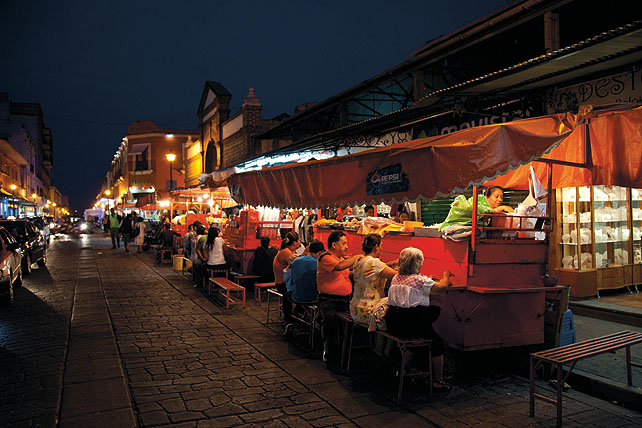 If Ometepe Island is two volcanoes surrounded by a lake then inversely, Atitlán is a lake surrounded by volcanoes...and several Mayan villages too in which the culture is still prevalent and traditional colourful dress is worn.

All kinds of fun is to be had tuk tukking, walking or motor boating around..with amazing food and local crafts on offer...each village having embraced/endured the effects of tourism to varying degrees.

I made my home in San Marcos - a favourite haunt of hippies and spiritually minded students since the 60’s. As hoped I met some fascinating teachers and learnt some inspiring insights.

I recommend La Paz Eco Hotel - I had the good fortune to make friends with the owner and his son who had seen it all over the years - hosting every kind of workshop from Chakra to Shiatsu. 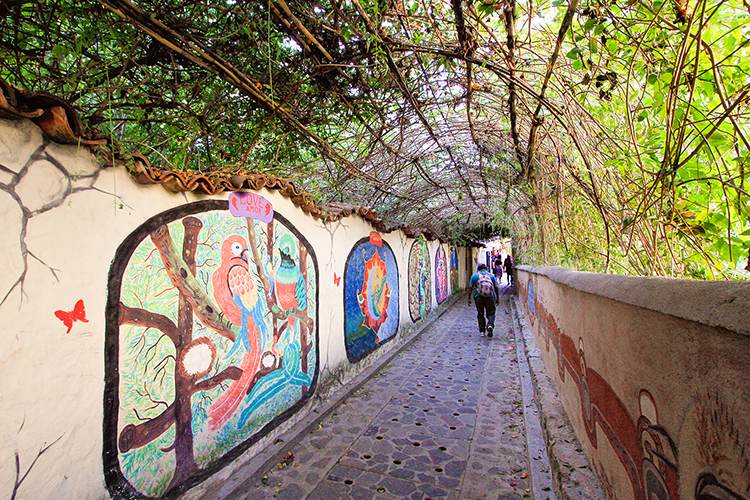 A wind of ill fortune blew me to this small border town in Honduras.

I had originally planned to skip the country due to safety concerns….but a visa error on my passport saw me barred from passing through. The inconvenient days that followed were entirely offset by the joys of discovering this gem.

The town itself has grown beside the UN World Heritage ruin site....once one of the great centres of Mayan civilisation...it’s not as large as some other ruins to be found in Latin America, but claims to have the best preserved art.

The ruins were indeed fascinating...I recommend hiring a tour guide to get the best of them. At the entrance you’ll probably be collared by Luis here who’s selling horse riding tours.

Take him up on it! I spent a glorious afternoon touring up and around the fertile river valley’s coffee plantations. He’s full of interesting local information and as an expert rider gave me the confidence to take a few full-pace gallops - which felt transcendental. 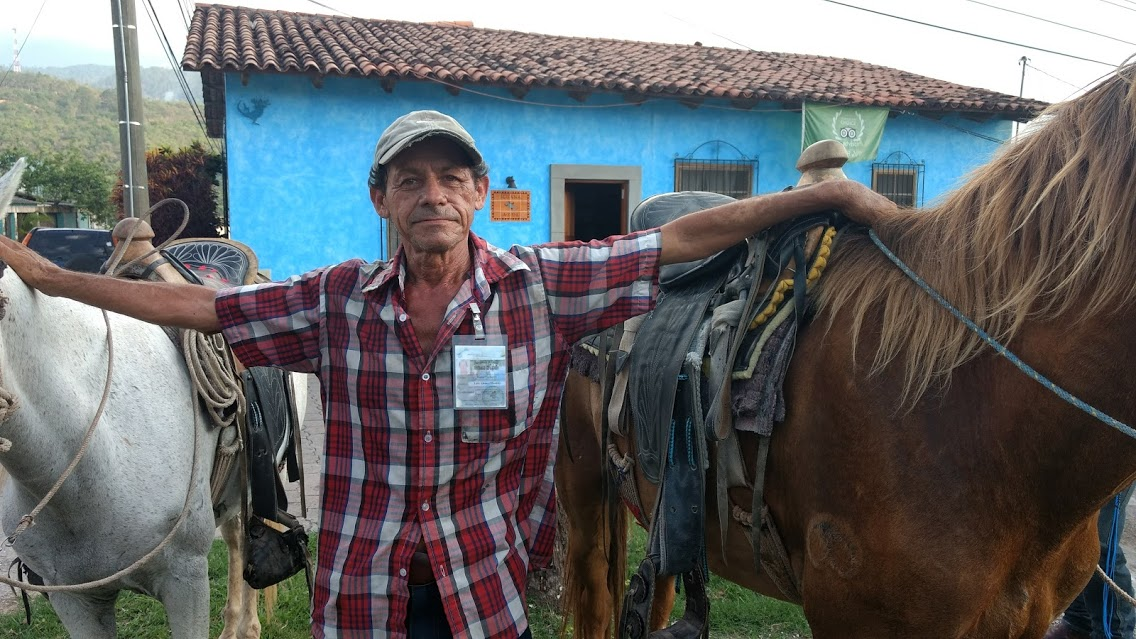 If you’re looking for that paradise beach experience then here it is. Sun, sand, sea and free spirits. Just don’t drink the water or forget your mosquito repellent.

One of many beach settlements along Mexico’s Pacific Coast, Mazunte had such a chill feel...unblemished by commercial tourism with a handful of basic cabanas and restaurants and such.

The perfect getaway if that’s what you’re after! 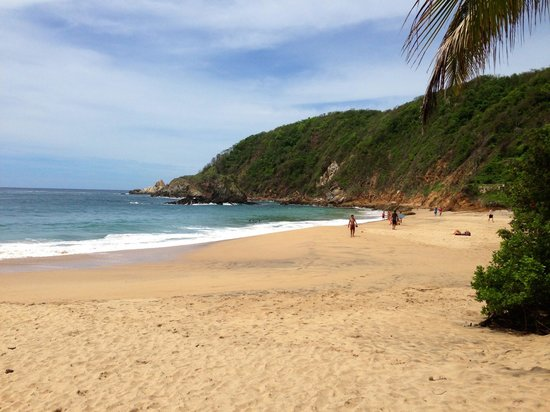